The latest version of my favourite Railway CAD program has been released.  SCARM is used extensively at the club for the design of the club layouts.

The new version is a bug fix for the version which was released at the begining of the month. 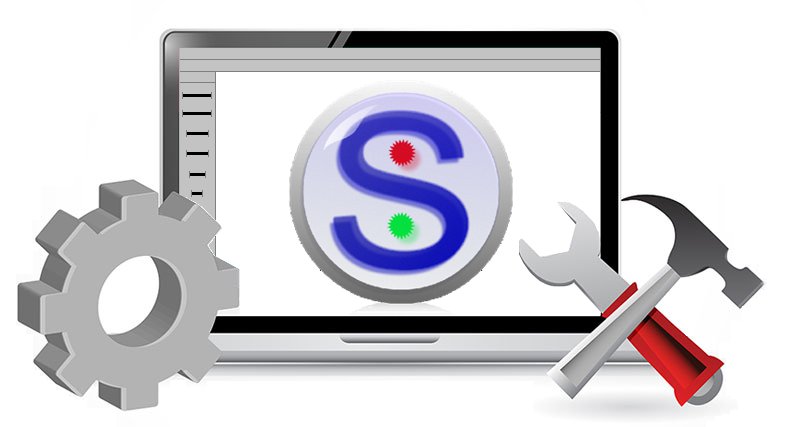 This is a bug-fix update of previous v. 0.9.35. Please patch the old version with this new release of SCARM. The already installed extensions are not affected by this error and does not require updating or reinstalling.

The updates and fixes in this version are listed below.

Bugfixes:
- Fixed ERangeError bug that may prevent starting of SCARM on some systems

This update fixes a major bug that may prevent starting of SCARM on systems, that was not restarted after (re)installing of v. 0.9.35.

I am really sorry if this bug caused you troubles in your work with SCARM. I cannot guarantee that something like this will not happen again, but I can promise that my reaction to the potential issues will be as fast as possible. Always report about unusual error messages and suspected bugs here in the blog or by SCARM e-mail and I will check the problem after which will make the necessary fixes and changes in the program code.

Some of the more important added/improved features and updates are listed below.

This is one of the last beta versions of SCARM, before the official release of the final v. 1.0.0 later this year. It features the more powerful Model Trains Simulator – Power Edition which now can be obtained at a half price from the SCARM Webshop. The new MTS edition brings also a new database with Virtual Rolling Stock containing various European and North American locomotives and wagons for downloading and using in the simulator. With the Power Edition you will be able to play with 5 locos and 50 cars per session for simulations with several trains, shunting/switching in busy yards or pulling of large consists with several locos in multiple unit and even this limit will be expanded in the future.